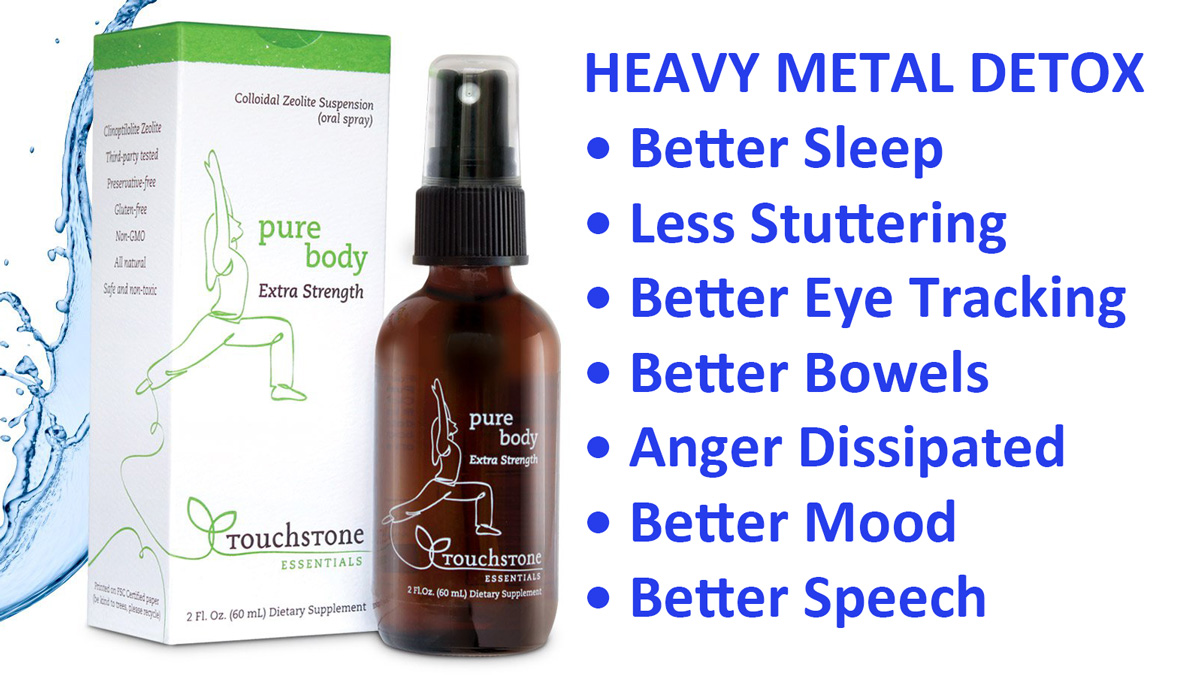 Thank you so much for introducing me to this product. The amount of detox from my jawbones in just a week has been amazing.  Tell people to take EDTA/garlic capsules at the same time..Doubles the punch

Thank you again so much for the response. Wow! I’ve only been using it since I emailed you on the 5th. What a significant difference. My mood, my energy, my digestion. It’s like a complete turnaround. I just wanted to say I’m grateful you responded when I was asking you the question between the advanced TRS and this one because I do notice a difference!

We bought the zeolite a few weeks ago after you recommended it. I wanted to share our experience with you. For myself I’m currently dealing with SIBO (still waiting for my test results but my dr is 90% sure it’s SIBO) so I’m not feeling well. Two days into taking the zeolite I had a flu like reaction. Body aches, chills, headache and fatigue. It lasted 24 hours. I’ve been fine ever since. I haven’t read any other reviews saying that anyone has had that kind of reaction. I’m wondering if it’s because I’m dealing with health issues? Also, I read that heavy metal toxicity can cause SIBO! So I’m wondering if I had a build up of metals in my body? But since then, I’ve lowered my dose to two sprays twice a day and it’s been great! I’ve also been sleeping! That’s huge for me. If one of my kids’ wakes me during the night, I cannot go back to sleep for hours but since I’ve been taking the zeolite I’ve been able to go right back to sleep during the night! It’s amazing.

I’ve also given it to all 5 of our kids. Our 3 oldest girls (10 year old twins and 11 year old) have been taking it. They all got runny noses within a day of taking it but nothing terrible. It’s been helping them with bowel movements. They were also vaccinated when they were younger so I wonder if that’s why they seemed to get a cold after taking it? Our youngest two boys (5 year old and 2.5 year old) have not been vaccinated and they haven’t had any signs of a cold or anything. It’s helped both of them with bowel movements. Our 5 year old has some sensory problems and gross motor delays so he acts out quite often. We’ve been amazed at how much it’s helped his mood! Today we had a full day of no meltdowns!!! That’s huge for our son! I believe it’s a game changer for him. He’s had the best results out of all of us, so we plan to continue using it. Thank you so much for sharing and thanks for all the time you dedicate to helping all of us!

My speech continues to get better [less stuttering] and my husband said he sees me having more energy than I’ve had since he can remember and we’ve been married for 18 years this zeolite is awesome!

Thanks. BTW, I am the one who asked about the anion gap levels. No answer on that yet but you might be interested in this:  I tested for heavy metals in February of this year and the Mercury was <1. I started Zeolite on August 6 last month. On August 26 it was 8. In the meantime my doctor found out that people who have a negative baseline are the most to me concerned about because they don’t seem to be able to detox on their own so I had it repeated on September 8, still doing Zeolite 4 sprays 3 x day. On September 8 it was 13!!!! I am now doing zeolite and two additional supplements, chlorella and selenium. I was on the additional supplements for 3 days and just repeated Mercury testing for the third time today. Will get results in about a week. Thought you might want to know. My body is doing the detox from the Zeolite! Elizabeth 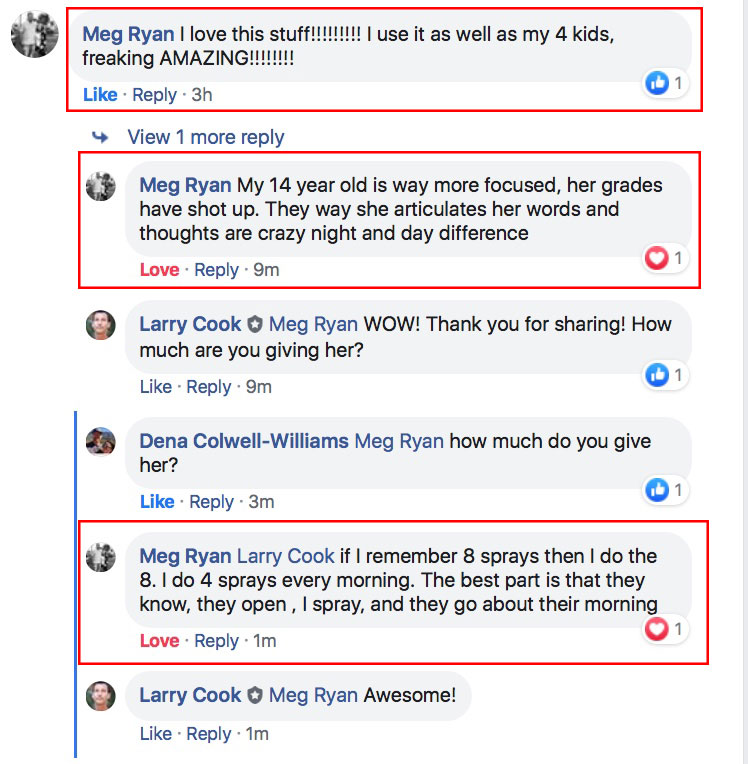 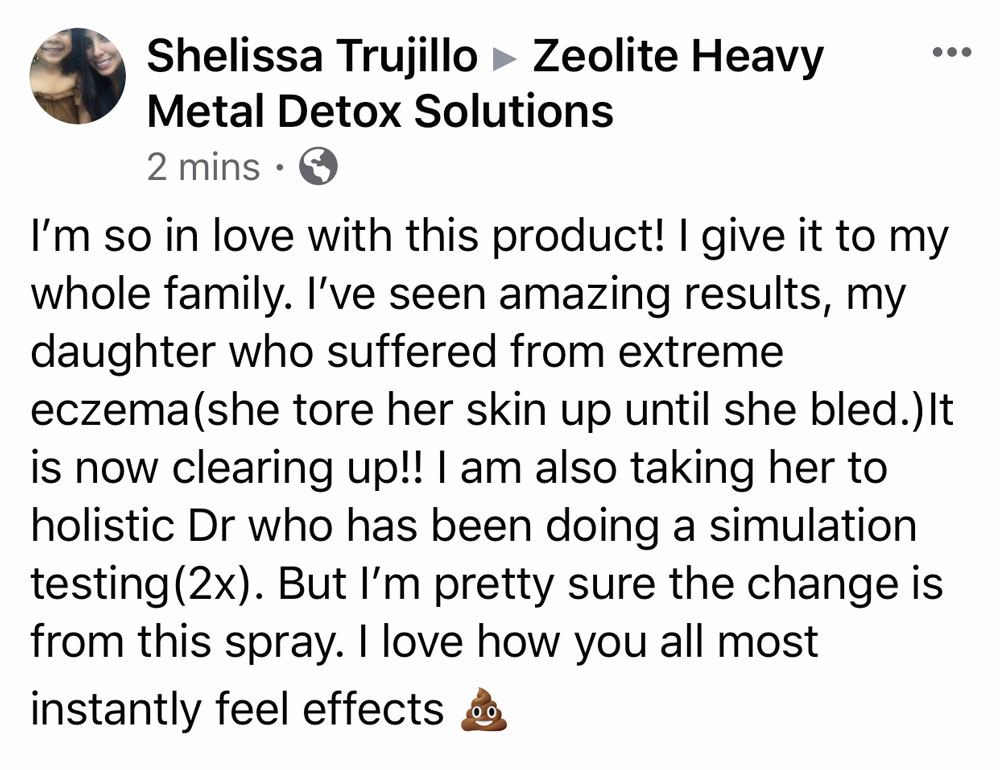 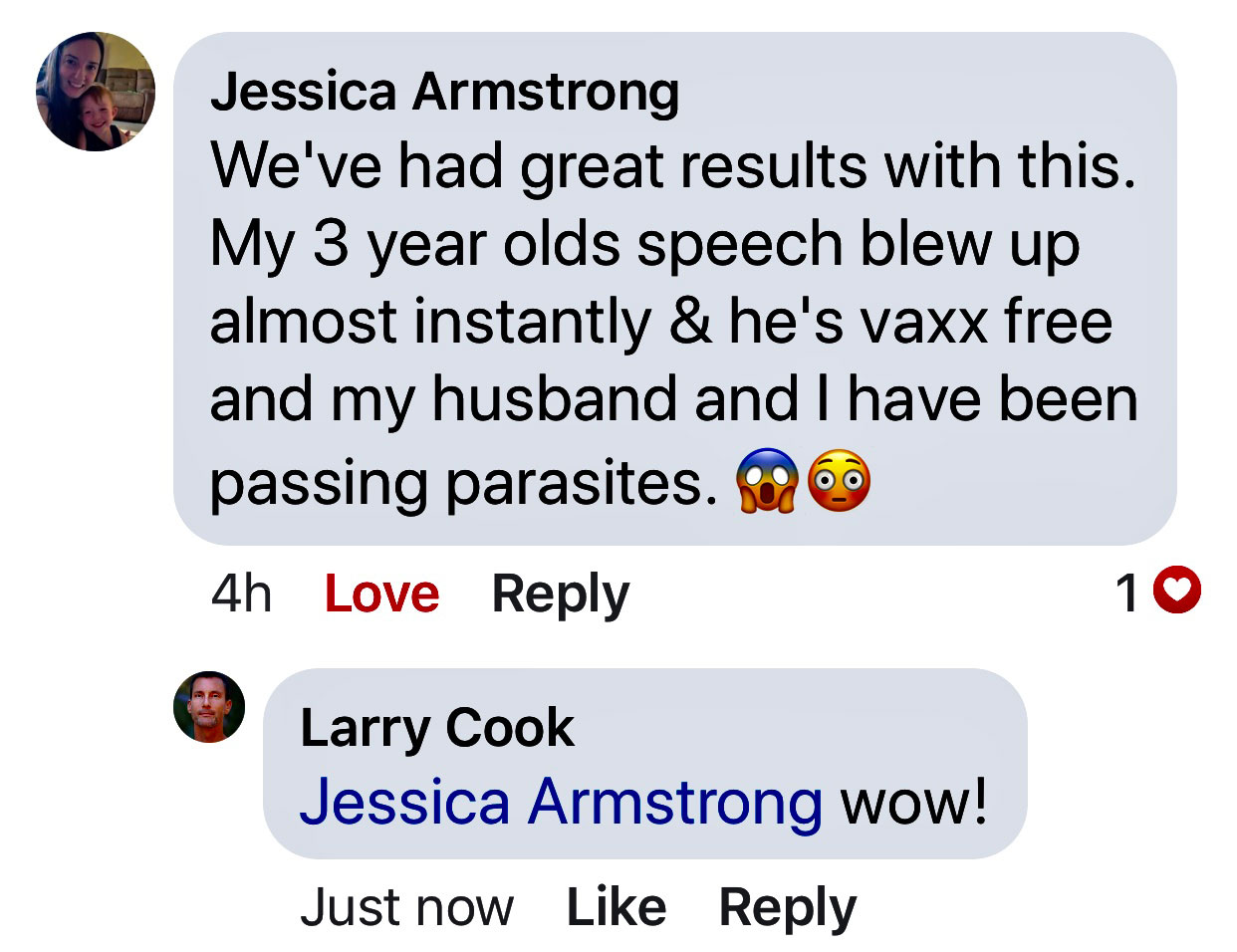 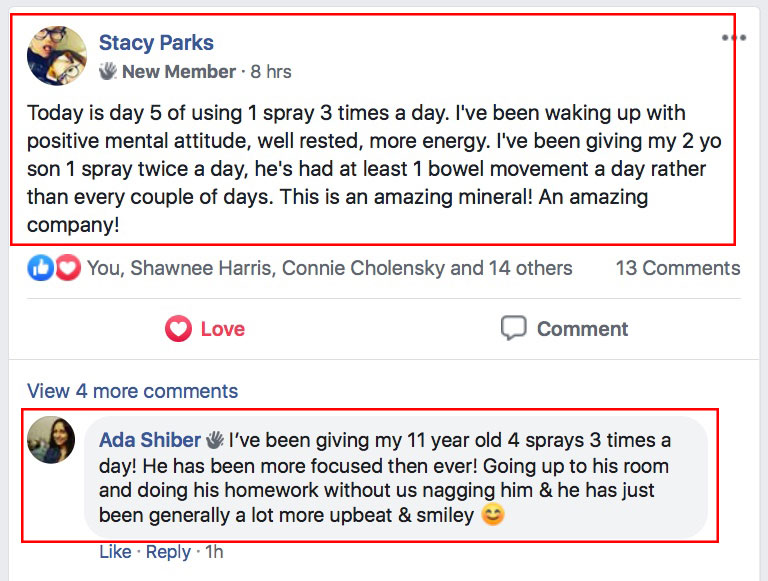 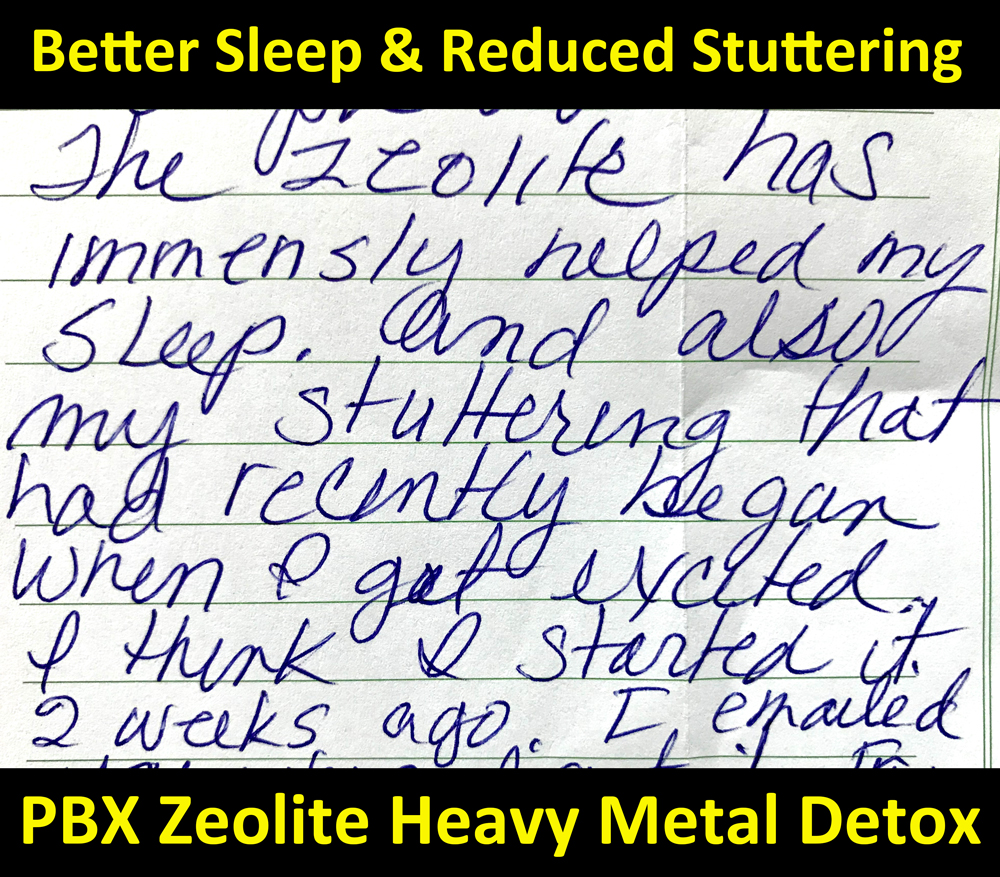 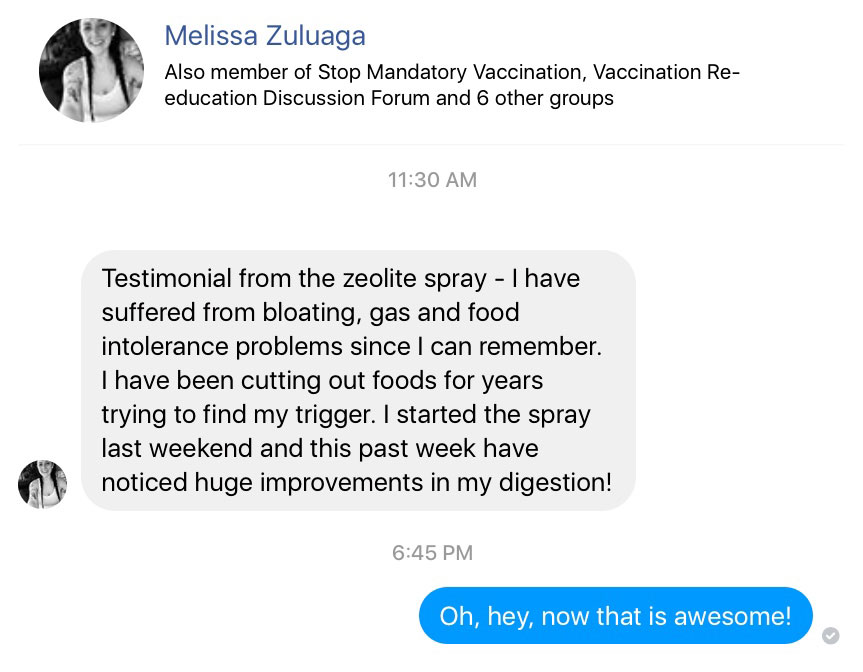 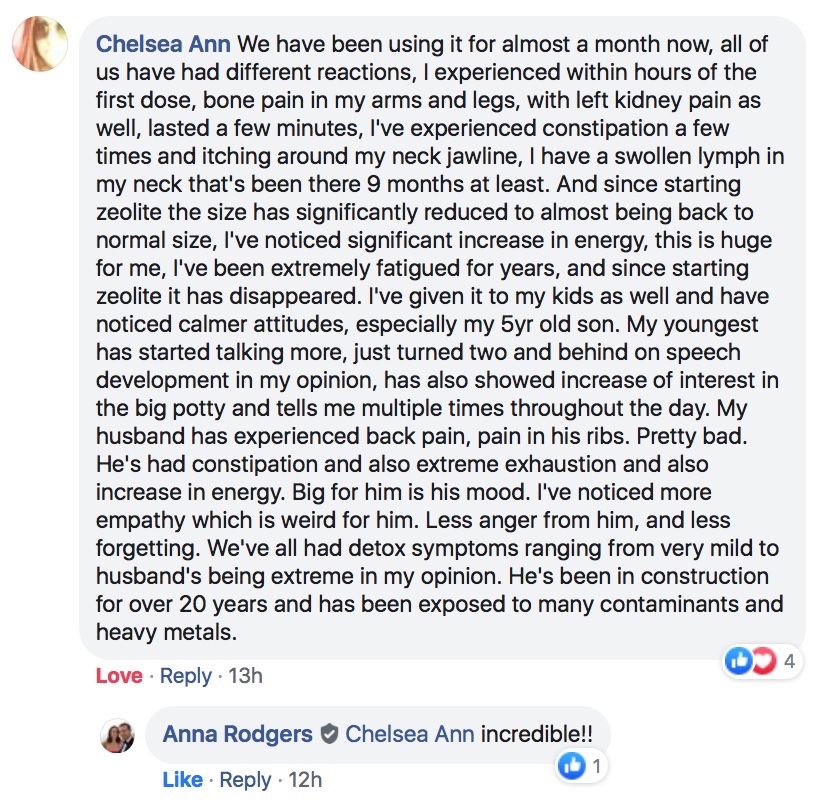 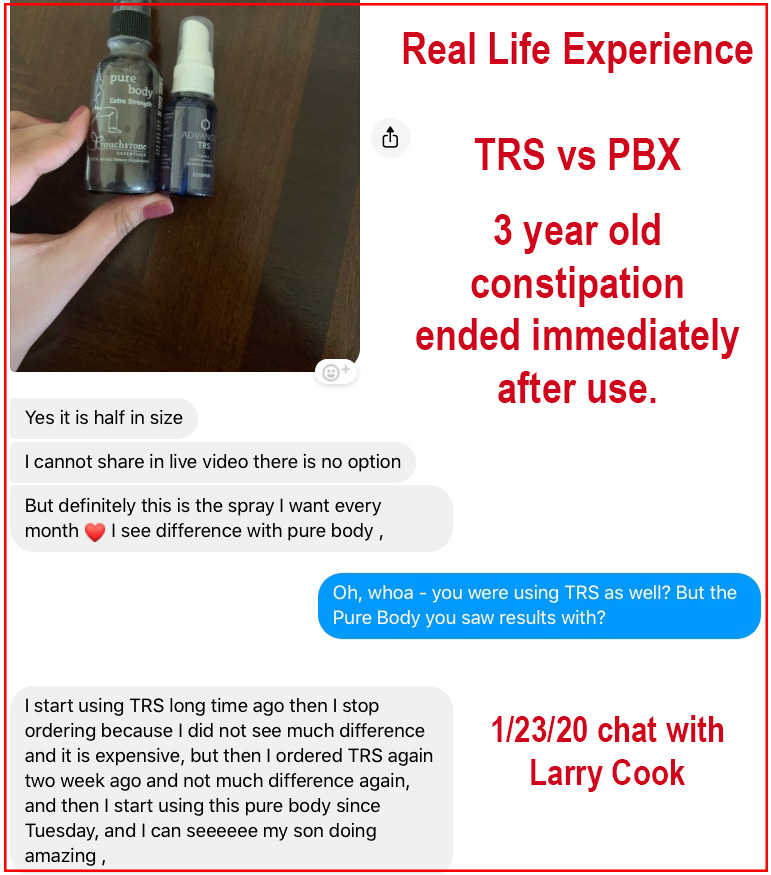 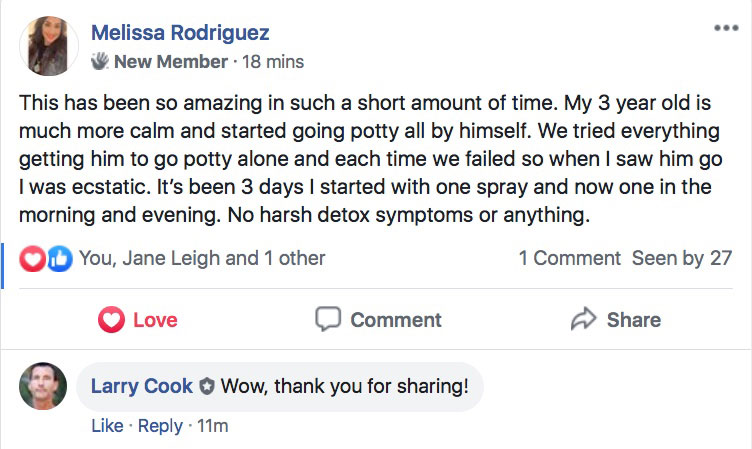 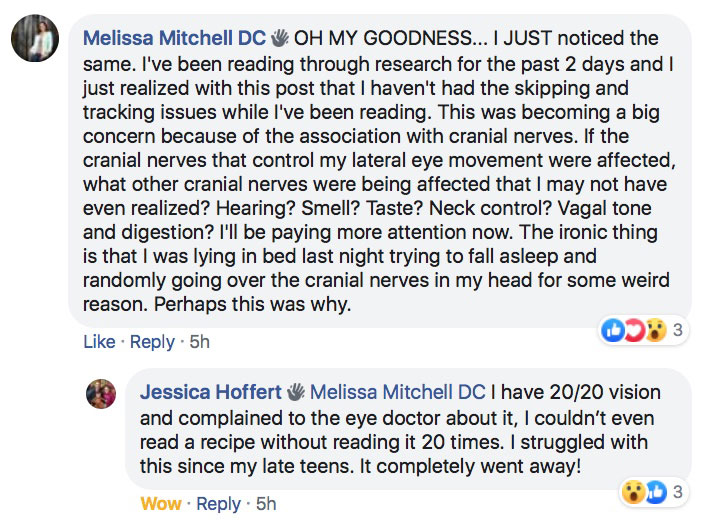 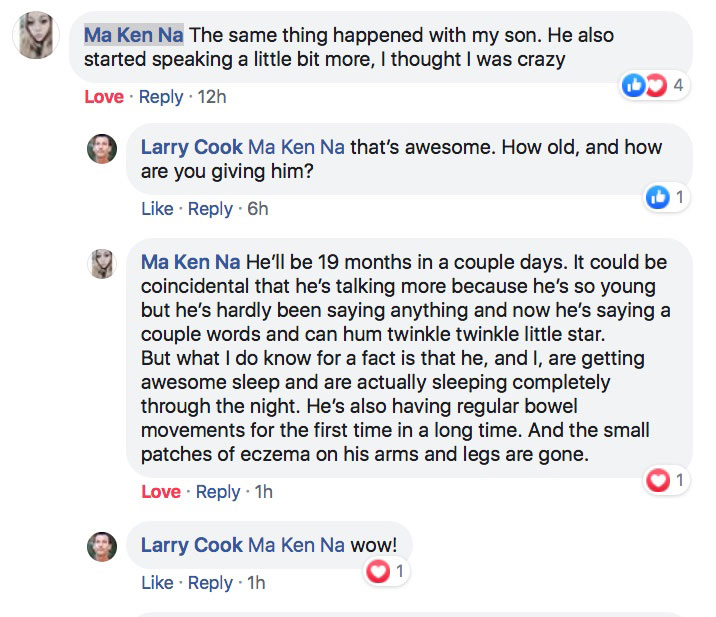 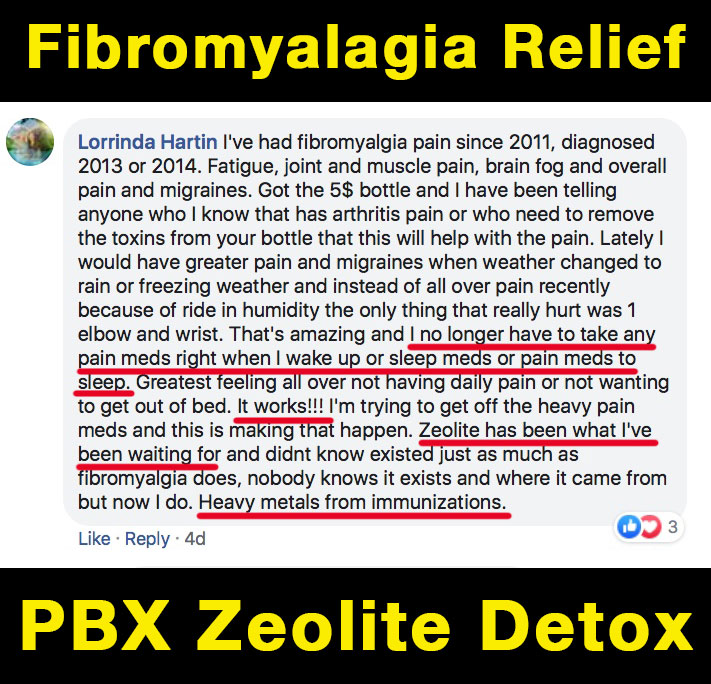 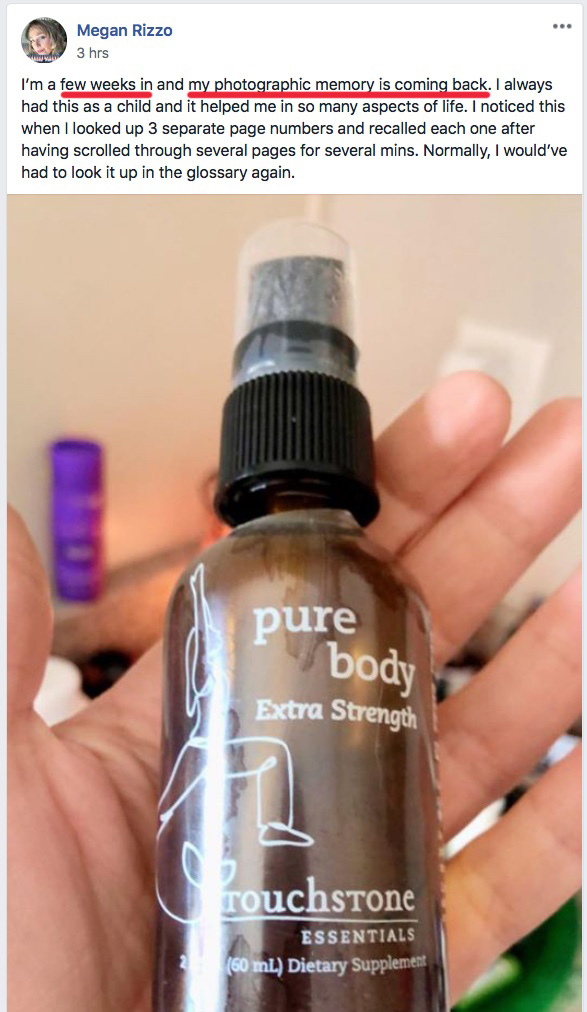 If you’ve heard of the zeolite Clinoptilolite, it’s because this type of zeolite has been widely studied for its ability to:

The detoxification and health benefits of the zeolite Clinoptilolite are astounding. It’s hundreds of times more effective than activated charcoal, a commonly known and used detoxifier that can detox the gut.

Its negative-charge and honeycomb shape acts as a natural chelator, binding to positively-charged toxins and ushering them out of the body, quickly and effectively.

The zeolite Clinoptilolite can bind to toxins throughout the whole body and has an affinity for toxins only, so it never removes beneficial minerals, and there are no negative side effects.

When the zeolite is nanosized and suspended in water molecule clusters, this natural detoxifier can travel throughout the body, even past the blood-brain barrier.

But to take out heavy metals and other toxins, the zeolite must also be cleansed and pre-filled with alkalizing minerals. Why? The fact is, when mined, zeolite comes filled with environmental pollutants because that’s what zeolites are good at in nature – absorbing toxins. 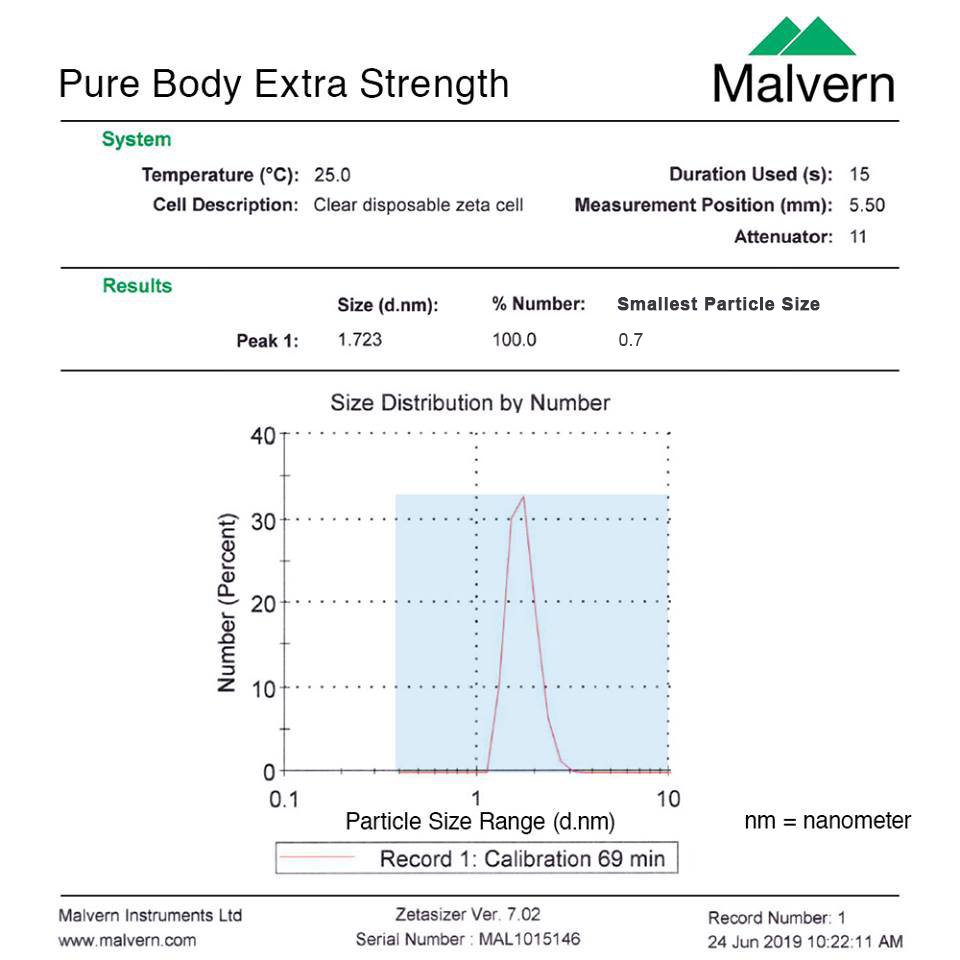 Pure Body Extra Strength is producedby a company called Touchstone Essentials. Their cleansing process and nanosizing technology is extremely advanced, yielding a superior zeolite that can effectively detoxify the entire body on a cellular level.

This zeolite uses nanosized Clinoptilolite to access toxins everywhere in the body. These particles are so small they are invisible to the naked eye and need to be magnified thousand-fold. And it’s backed up by the gold standard in instrumentation – Malvern particle size testing. 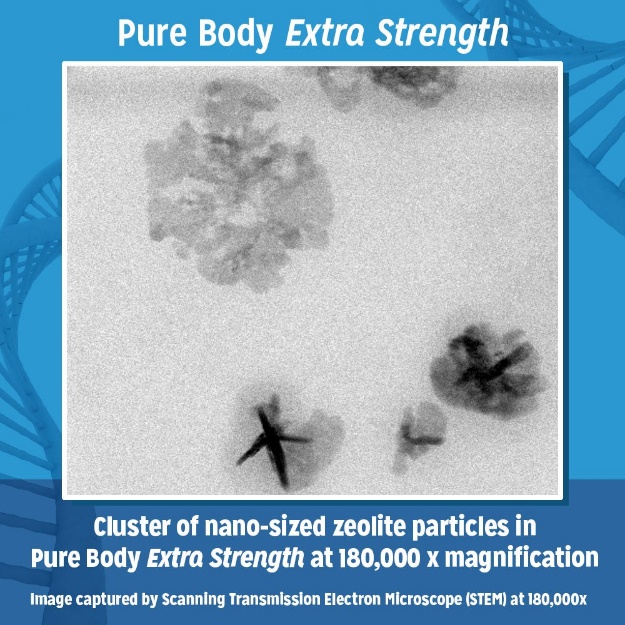 This nanometer size means they can get to a cellular level, and it also means the collective surface area of the zeolite particles creates a vast filter that mops up toxins within hours.

And because these zeolite particles are encapsulated within water molecule clusters, it is delivered in a liquid spray that is easy to use (just a few sprays, morning, noon, and night) with no odor, no taste, and no hassle.

Pure Body Extra Strength has also been cleansed of existing pollutants so that it more effectively removes heavy metals throughout your body. This is all proven with third-party independent clinical testing. Not only that, the zeolite particles are pre-filled with alkalizing minerals. That way, the zeolite “swaps” a beneficial mineral for a toxin every time.

When you subscribe to a monthly shipment, you’ll lock in a 20% off member discount and free shipping (USA & UK) every month after that.

Best of all, there’s zero risk. Imagine being free of disease-causing heavy metals, nitrosamines, volatile organic compounds, and pesticides in just 30 seconds a day, with no harsh side effects.

Pure Body Extra Strength will give you a way to free yourself of toxins, alkalize the body, strengthen your immunity and much more. 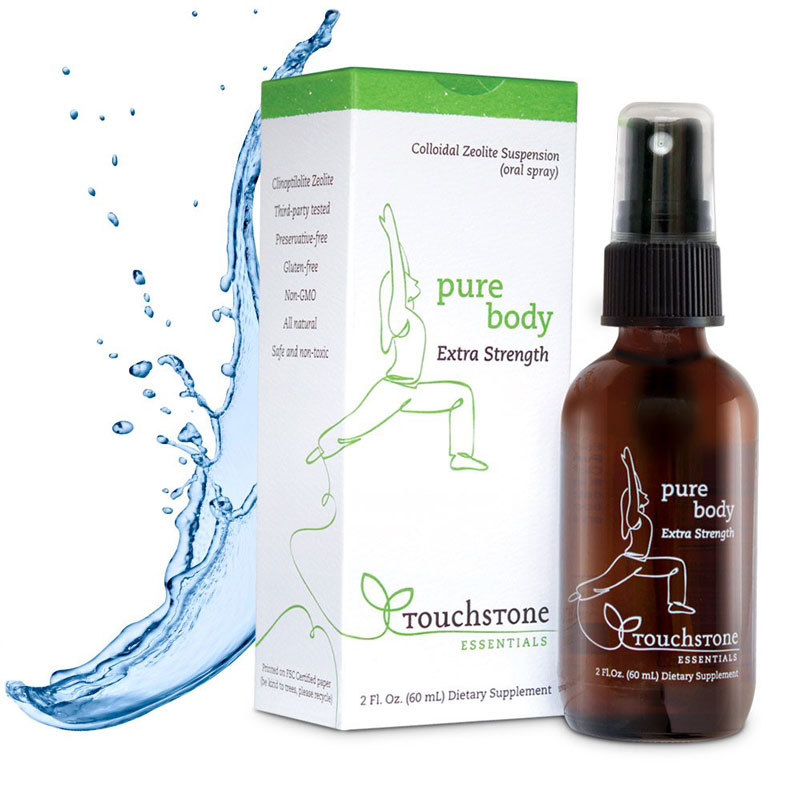 Save 20% when you purchase a monthly subscription. 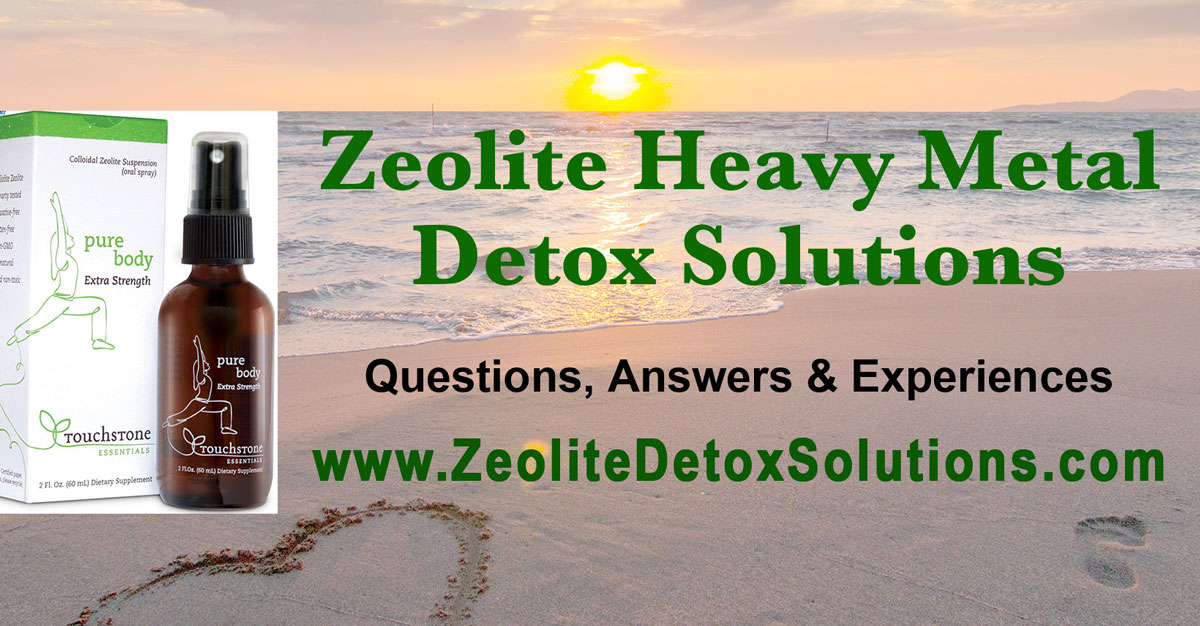