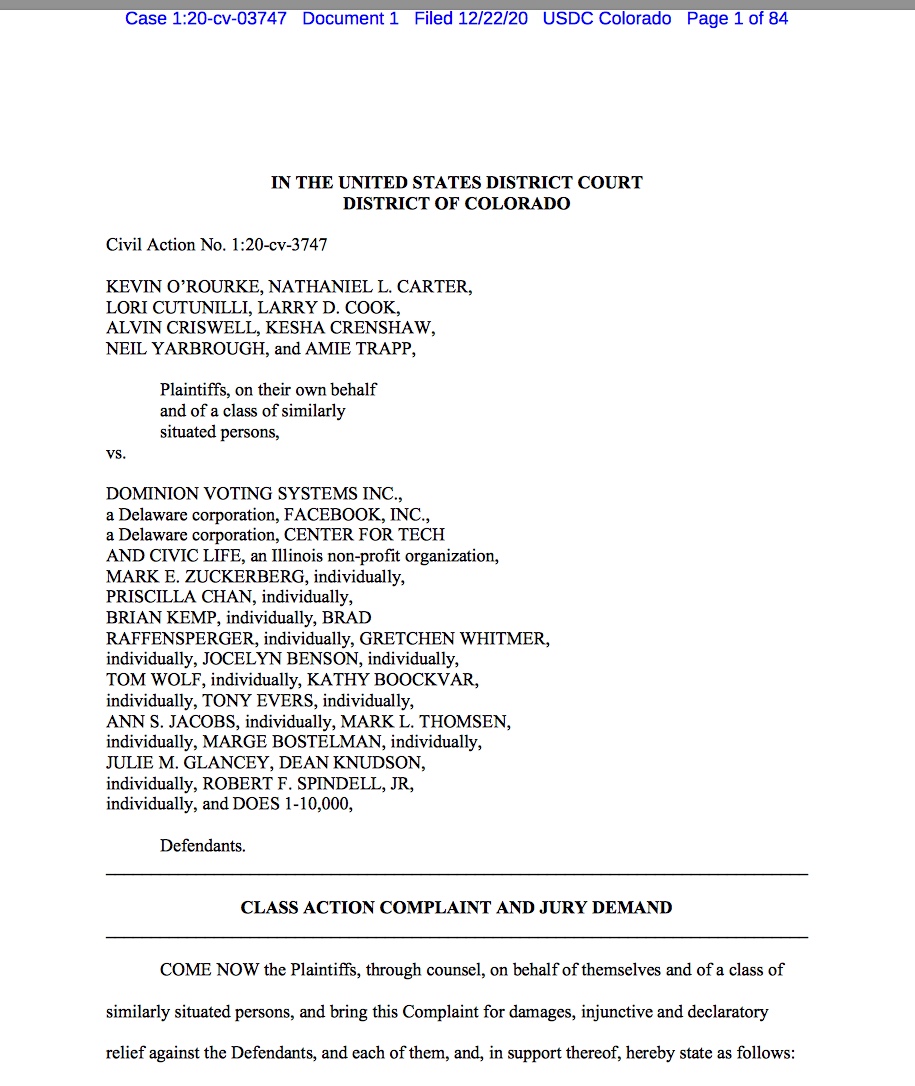 I have joined several Patriots in a Class Action lawsuit as a Plaintiff against Facebook, Dominion Voting Systems, multiple state Governors, Mark Zuckerberg, and numerous others who have violated our voting rights through systematic election fraud, election interference and the suppression of our voices. A class action lawsuit means it is for everyone who has been harmed, and in this case, specifically, it’s American Voters!

I. NATURE OF THE CASE

1. This is a civil rights case brought by citizens of the United States of America, from different states across the Union, against the Defendants for, among other things, burdening the voting rights of 160 million people.

2. The Plaintiffs allege the following on behalf of themselves and others similarly situated against Defendants for damages, declaratory relief, and to enjoin them from further unconstitutional and unlawful acts, omissions, orders, agreements and certifications concerning the Plaintiffs’ rights of due process, equal protection, and to vote and speak freely.

4. At all material times, the Defendants engaged in concerted action to interfere with the 2020 presidential election through a coordinated effort to, among other things, change voting laws without legislative approval, use unreliable voting machines, alter votes through an illegitimate adjudication process, provide illegal methods of voting, count illegal votes, suppress the speech of opposing voices, disproportionally and privately fund only certain municipalities and counties, and other methods, all prohibited by the Constitution.

5. The Plaintiffs have been damaged and, unless the Defendants are enjoined, will continue to suffer the loss of their individual right to vote, freedom of speech, due process and equal protection under the laws and Constitution of the United States of America (Constitution).

I, Larry D Cook, being first duly sworn, do herby state, under oath, as follows:

The foregoing statement is true to the best of my knowledge and belief.